Books to Help You Get Into Reading 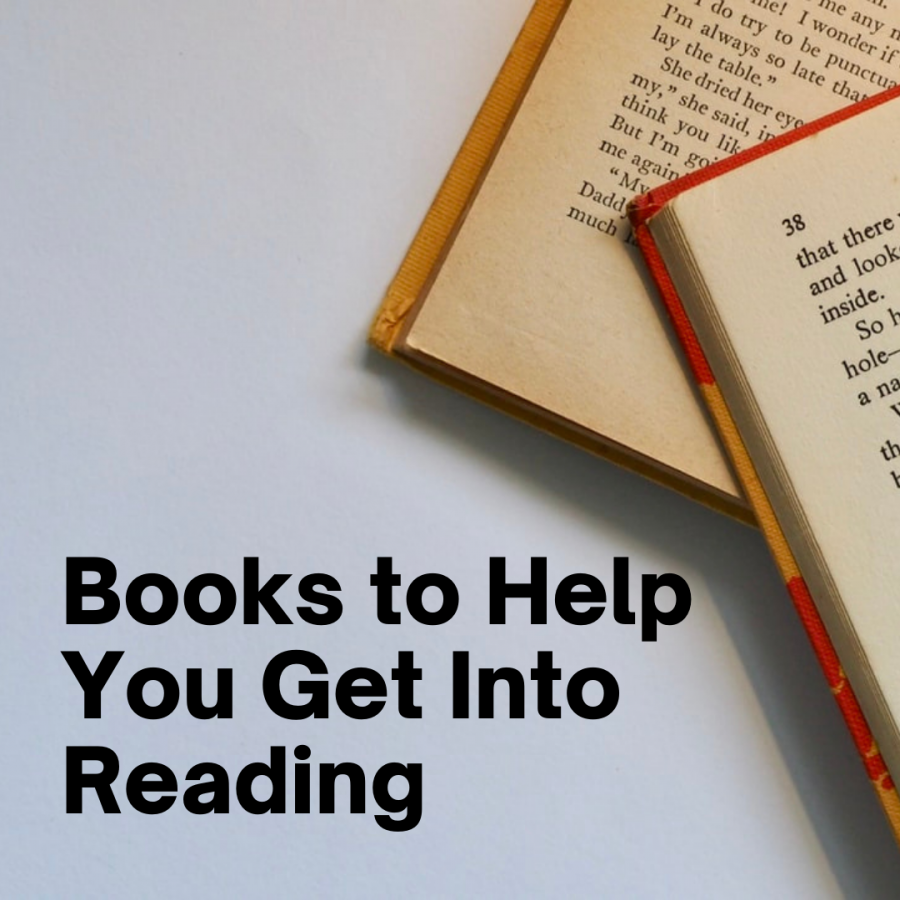 Almost everyone has different preferences when it comes to reading. For some, their choice is to rather not read at all. However, some people may feel that way because they can’t find the right book. This list was created to help new readers (or regulars) find a new and exciting read. As a bonus, all of these books should be available through the school district’s library online.

Truly Devious – This is a young adult mystery written by the New York Times bestselling author Maureen Johnson. Truly Devious is set at Ellingham Academy, a famous private school in Vermont created to showcase the best artists, inventors, and prodigies in the country. Shortly after the school opened, the wife and daughter of the Academy’s founder were kidnapped, and the mystery became one of the great unsolved crimes of American History. Stevie Bell, a true crime enthusiast, starts her first year at the academy with the goal to solve the case. This book is easy to read and has exciting twists and turns. If you’re any sort of a mystery fan, this book is perfect for you.

The Hunger Games – This is a popular bestseller book written by Suzanne Collins. After a brutal rebellion in the country was lost, the Capital keeps the 12 Districts of Panem in line by forcing them all to send one boy and girl between the ages of twelve and eighteen to fight to the death in a televised event called the Hunger Games each year. After her sister was entered into the games, 16-year-old Katniss Everdeen volunteers to take her place. The book follows Katniss as she fights against the rules of humanity to survive. This is recommended to anyone who enjoys dystopian worlds and the darker side of fiction.

Renegades – First published in 2017 by Marissa Meyer, this science fiction novel is great for anyone who loves superheroes, spies, or villains. The Renegades are a group of humans with extraordinary abilities that appeared after society crumbled and established a new order of peace and calm. As heroes who uphold justice, they became a symbol of hope for the world… except for the villains that they overthrew. Nova works for the Anarchists, a defeated group of these anti-heroes, and has a mission for vengeance against the Renegades. She begins to lead a double life to get close to her target and end the Renegades for good. This is a powerful trilogy and an interesting read, especially for those who are fans of action-packed stories.

We Were Liars – Written by E. Lockhart, this book follows a girl who spends every summer on a private island with her extended family and 3 other friends, who they call the “Liars”. Two summers ago, the main character Cadence suffered a head injury that caused her to forget the events of that year. The novel shows Cadence and her dysfunctional family as she tries to recover her memories. This book is extremely compelling and has a shocking plot twist.

The Mortal Instruments Series- This series is a set of urban fantasy books written by Cassandra Clare. The first book City of Bones introduces fifteen-year-old Clary Fray, who witnesses a murder after a night out at the Pandemonium Club in New York. What makes it strange, though, is that three teenagers with weird tattoos killed them, and when she tried to report it to the police, the body disappears. This was her first encounter with Shadowhunters- warriors that dedicate their lives to killing demons. When Clary herself is attacked by a demon and her mother goes missing, she must team up with these warriors to get her back. These books, while there are quite a few of them, are exciting and will make you want to read more.

One of Us Is Lying- by Karen M. McManus, this novel is a thrilling mystery that asks what happens when five people walk into detention and only four walk out. On a Monday afternoon, 5 students at Bayview High- Bronwyn, the Yale-bound student, Addy, the homecoming princess, Nate, the criminal, Cooper, the athlete, and Simon, the outcast, all enter detention. Simon never makes it out of that classroom. Before detention ends, Simon is dead, and the police concluded that it was not an accident. Simon runs the school’s gossip app, and the next day he had planned to post important secrets about all 4 of the other classmates. As suspects in his murder, the students work to figure out if one of them did it or if there is still a killer at large.

They Both Die at the End- This is an emotional story about what would happen if you knew it was your last day alive. Written by Adam Silvera, this book is set in a world where Death-Cast, a company that rose in popularity seven years prior, can predict the deaths of individuals. In the early morning of September 5th, Death-Cast calls Rufus Emeterio and Mateo Torrez to let them know that they only have 24 hours left to live. They are complete strangers but meet on the Last Friend app, which allows Deckers (those who were going to die) to spend the day with someone else. It is a heartbreaking story that shows the importance of human connection and that you must live your life to the fullest.

The Maze Runner- This bestselling science-fiction trilogy by James Dashner follows a boy named Thomas who wakes up surrounded by strangers, remembering nothing but his own name. The rest of the strangers are other boys who do not remember their pasts either. All they know is the Glade- a large meadow surrounded by a towering wall. They are trapped in the Glade, and the only way out is to risk your life going through the ever-changing maze. Then a girl arrives- the first girl ever to appear- which changes everything. This is a thrilling book series that is perfect for anyone who likes reading about the fight for survival.