“Not in My House” Opioid Discussion At GP 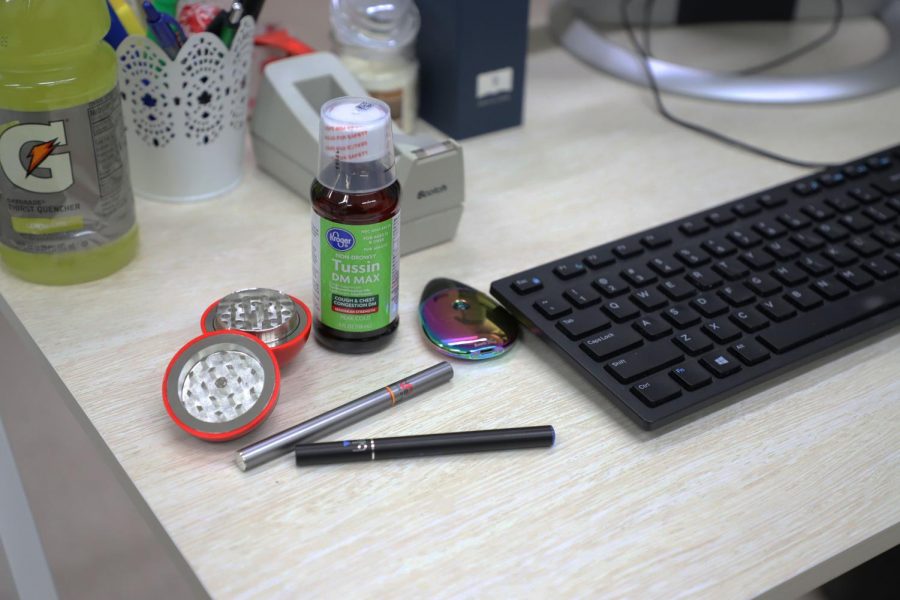 An example of just a few of the items a parent might find in the example bedroom.

On Tuesday, January 15, Glacier Peak hosted a district wide opioid awareness discussion. According to event organizer Pia Sampaga-Khim, “This event is to showcase to families and to parents about signs of possible substance use, particularly opiates and really to engage conversation with their kids, because if you start conversations early than you can really prevent substance use in the future.”

This event consisted of two parts, an initial time in which to explore the various presentations and then a discussion panel held in the auditorium. The individual presentations centered on raising parent awareness and providing solutions and prevention. Devices such as hot/cold packs for minor pains and prescription bottles with code-locks in the caps were handed out as preventative measures against youth opioid use. In the case of an overdose, Amy Hill presented Narcan, a nasal spray that can reverse the effects of an overdose long enough for the user to survive until an ambulance arrives.

The most teenager relevant presentation was the Cocoon House booth. “Cocoon house is an organization that works with youth between twelve and twenty-four. We have emergency housing and long-term housing. If there is ever a reason why a youth has nowhere safe to stay, they can come and stay,” spokesman Jason West said. They have emergency housing in Monroe, long-term housing in Everett, and a pregnant/parenting location in Arlington. Besides housing, they also help with the barriers to a stable living environment, such as addiction and mental health.

While the discussions were centered around opioid abuse, other types of substance abuse in teenagers was also raised. In an example of a teenage user’s bedroom, parents were asked to find signs of drug abuse. These included a multitude of containers in which to hide drugs or smuggle alcohol, several vape devices, and various devices used to hide signs of use, such as breath mints and eye drops.

The discussion panel in the last half of the event consisted of five individuals who had a variety of experiences with drugs: a representative from the Snohomish Overdose Prevention organization, a police officer, a Narcan use instructor, a mother whose son died of an overdose, and a former drug addict, Jared Jackson. He described the life of an addict and how hard it is to get out of it, especially when family won’t help. “There’s a saying in a lot of twelve-step programs which is, ‘you need to let the addict go until they hit rock-bottom,’ and I don’t necessarily believe in that because I know as an addict my rock-bottom is death,” Jackson said.