Hello my name is…. 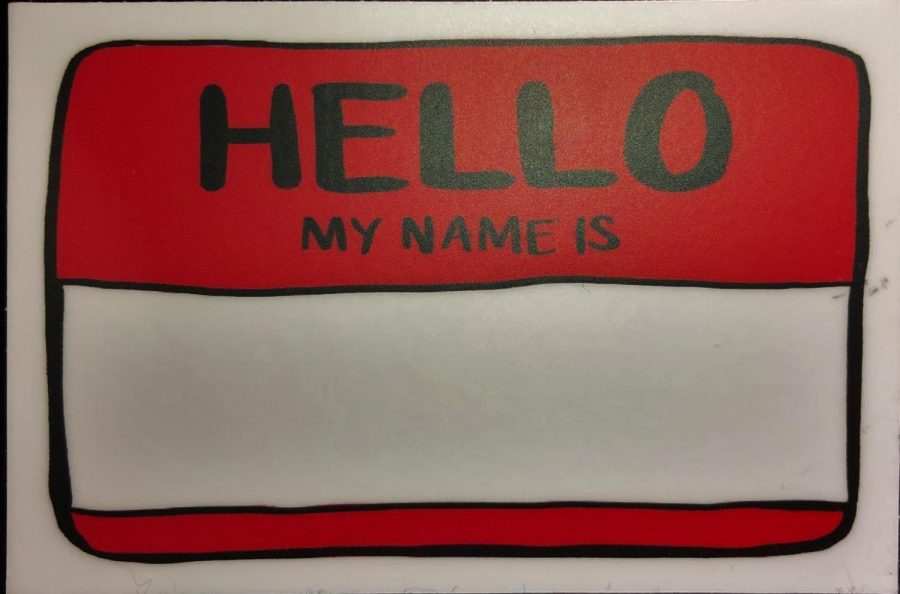 This week, the Black Student Union has officially announced the release of the new, “Hello my name is” sticker. These stickers are not for sale yet, but the design has been released. These stickers could be stuck on anything such as your phone case, computer, folder,or the ever plastered Hydro Flask.

The new sticker is going to be sold as a little promotion to spread the word about the new club and to encourage people regardless of their race to attend some meetings. Attending will help broaden the message of the club and even offer the opportunity to rant about some of those feelings you have been holding in.

The purpose of the sticker is to represent the fact that people just want to be recognized and known for themselves not just their race. So by putting your name or a nickname on the sticker it represents that you want to be known for who you are as a person not just what you look like. You could even just use it as a name tag or something fun for your things, but that’s besides the point.

“I think the stickers are great! I’m excited about them, I think they do a good job explaining to everyone who we are. Nobody should be defined by their race,” Club President and Founder, Alaina Bol said.

The projected sticker price is between $1.50 – $2.00 and there will be an official price announced shortly. The plan is to sell them as soon as possible but, they have to go through a process of getting them approved by Mrs. Corwin and administrators before sales are allowed to be made. Stickers might be sold at concession stands during sporting events, at a table during both lunches, and even hand to hand personally by students and members of the Black Student Union Club.