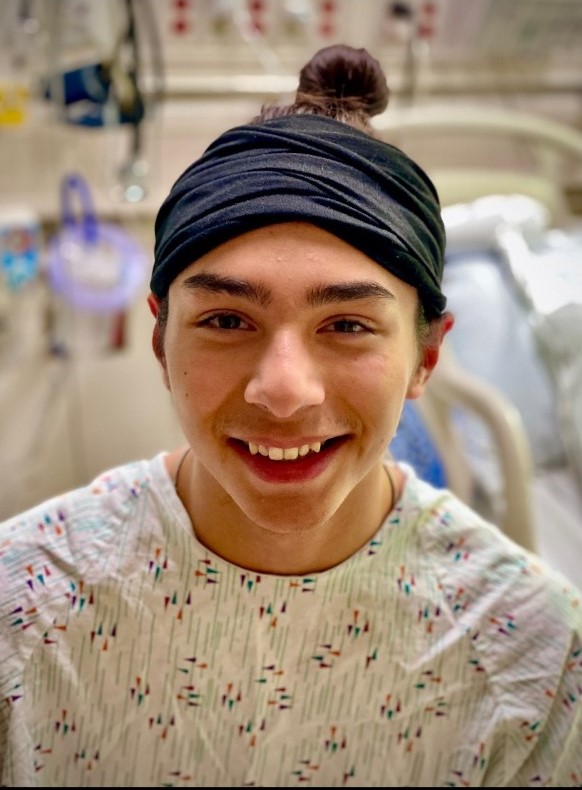 Trigger Warning: This article talks about eating disorders and may be triggering, please proceed with caution.

Glacier Peak junior, Adam Cline, has recently shared his story of battling with Anorexia Nervosa and is now using social media to spread awareness around eating disorders. He has been dealing with this eating disorder for 3 years and is still recovering but this does not make him any different than a average teenage boy; Cline enjoys football, late-night drives, nature, and hanging out with friends. What does set him apart from society is his strength to be open and be vulnerable to the world, sharing something such as the journey with an ED certainly could not be easy.

“I wanted to share my story to give courage to others to push-out of their comfort zone. To hopefully show others that they don’t have to be afraid that there are others out here going through similar struggles & are willing to help.” Cline said.

Cline has released that he was in a hospital for over 50 days and in an eating disorder treatment center for 93 more, and how he has felt disconnected from family, friends, and mostly himself. He struggles with suppressing the evil thoughts that an eating disorder can channel into a brain, this can cause relapsing into old, dangerous habits. Some days it is easy for him to live normally, feeling motivated to be healthy, lead a productive lifestyle, and other days it’s harder to make progress. Anorexia is just like any other addiction, there can be highs, there can be lows, there can be a relapse, and there can be growth. This eating disorder can be hard to combat on one’s own, and that is not something to be ashamed of.

“It’s hard for me to give advice since I still have moments when I want to go back to working out until I’m exhausted or to not eat because the ED voice is telling me not to.  If I had to give [something], I’d say “don’t be afraid to ask for help”, you cannot suffer alone, and you will need everyone’s help to get you through this.” Cline stated.

Cline is most proud of the fact that he reached out and got help dealing with this eating disorder, although it can be scary, in the end, it is worth it. Many people battling anorexia are afraid of reaching out in fear that they will be judged or that no one will believe them, and that sometimes does happen, especially if they are male. Cline went 16 months without being properly diagnosed due to the stigma around males and eating disorders, many people just assume that eating disorders can only affect females, which is entirely not true. He would like to spread the word that males can have eating disorders, they can be just as dangerous, recovering can be just as hard, just because they are not commonly talked about doesn’t make them any less common.

Cline has taken to social media to bring awareness for eating disorders, sharing his personal story and using his platform to share resources for help. He has made 4 posts about his ED on Instagram, (@_adam73), 3 of those raising donations for NEDA, the National Eating Disorder Association. Cline encourages followers to share his posts, hoping for them to reach as many people as possible, and maybe to inspire someone to get help. He wants to help break the stigma between eating disorders and help as many people as he can, even with a smaller platform. Cline will continue to post Instagram stories and raise funds for eating disorder awareness, people on social media have been very supportive of his actions.

“I feel a sense of being loved and cared for, something that I haven’t felt in a long time, in times where I needed it the most. I’m glad to be able to feel this, it makes me even happier and more willing to share my story!” Cline stated.

There has been an outpour of love shown to Cline, his posts getting shared across other’s Instagram stories, getting tons of supportive comments, donating to NEDA, it is heartwarming to see. Cline is still recovering, it’s a long process, but sharing his story may motivate someone else to share theirs and may inspire someone else to reach out for help to gain their life back, as it goes on and on. He is interested in new opportunities, track, theater, snowboarding, and reaching out for help has helped him step forward into gaining control over his body once more. There is light at the end of the tunnel, it is possible to start getting better, to start enjoying life again. People like Cline are the ones who are going to continue to help break the stigma and possibly save a life. 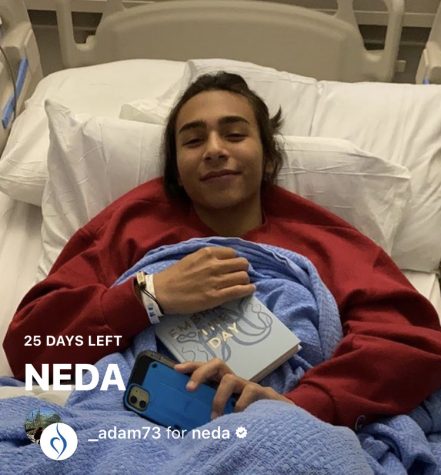