Marching Into the New Year 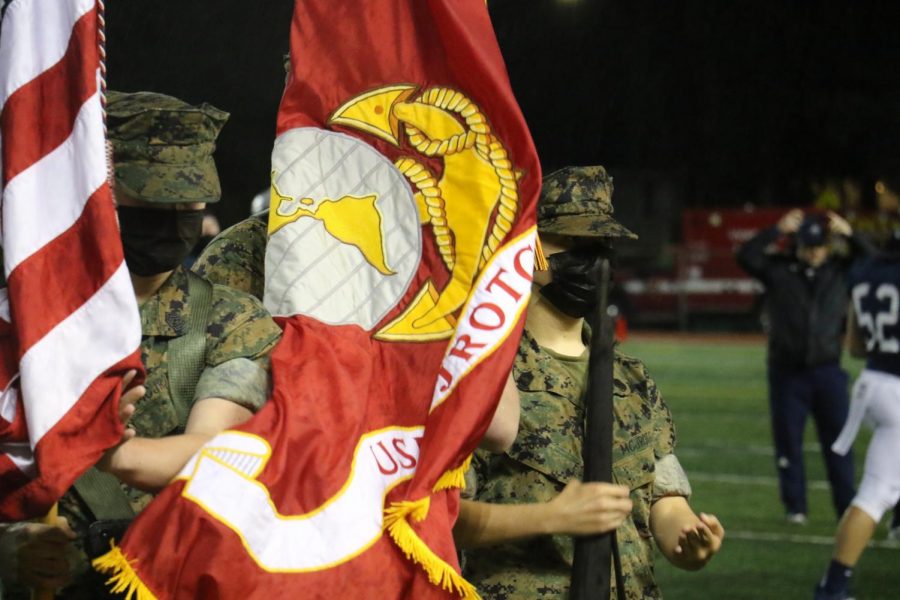 With the new school year in full swing, that means the many programs that are being held are beginning to raise money to fund their student run activities. This past month, the JROTC cadets held a fundraiser for their program. Selling cookie dough, some of the students went door to door asking if those in their community wanted to help raise money for their program, while others used their parents to help sell to those at their workplace.

“I sent my dad to work with the cookie dough sheet and he went around asking if anyone wanted cookie dough,” Bobbi Jack said. “I guess construction guys really have a sweet tooth because in the end, I raised most of my money from them”.

JROTC has been a program for 13 years, ever since the school opened. Earning most of their money from fundraisers, the program has been able to fund for balls and trips to compete against other schools’ JROTC programs. Though it is school run, many who have been in the program in past years have gone on to serve their country, taking their dedication from the program into their career. Christian Schwartz, a senior who has been in the program for 2 years, has already committed to joining the marines once he turns 18.

“I went to a recruiter because this is what I’ve wanted to do for so long. My dad served in the marines and following this path was something that was set from the very beginning,” Schwartz said.

Over the past few months, the JROTC program was able to raise over $18,000 selling cookie dough alone. Throughout all the fundraisers over the course of the 2018-2019, before the COVID-19 virus hit the united states, the program was able to raise over $36,000 to fund the annual birthday ball that they host for the veterans who served their country.