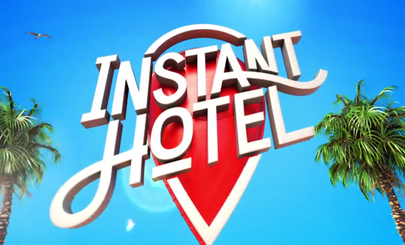 Instant Hotel is a Australian reality television series that is a Netflix original. This show originally aired in 2017 but was added to Netflix recently. In each season, there are five different pairs of people who each own an ‘Instant Hotel.’ Instant hotels are houses or apartments that you can book online, normally on a app. These are typically homes that people own and self-managed. All five couples compete for a trip to California and stay in one of the top Instant Hotels in the world.

Four of the homeowners stay one night at each of the contestant’s house, while the pair who owns the house stays elsewhere. They are judged on the house, activities, nights sleep and value. Over five 60 minute episodes, the viewer watches the homeowners comment and judge each other’s homes.

At time there is some drama, and at other times the show seems repetitive. As each episode has the same plot, the homeowners stay at one of the other competitors house. The show does get boring. All of the of the different pairs are rude and only promote their own houses the whole show, so this gets old.

Toward the end of the show, it is hard to tell what couple of homeowners will win which is what personally kept my interest. The producers did do a good job of this. The viewer is never sure of how they will score each others houses, it kept me guessing.

On the last episode, the winner is chosen, and then they will move on to compete with the winner of the next session for the trip to California.

I would recommend Instant Hotel if you like HGTV shows, or hospitality but if these do not interest you, it would not be worth your time.