Look forward to mark your calendars for some new films coming throughout the year late 2020 and year 2021! 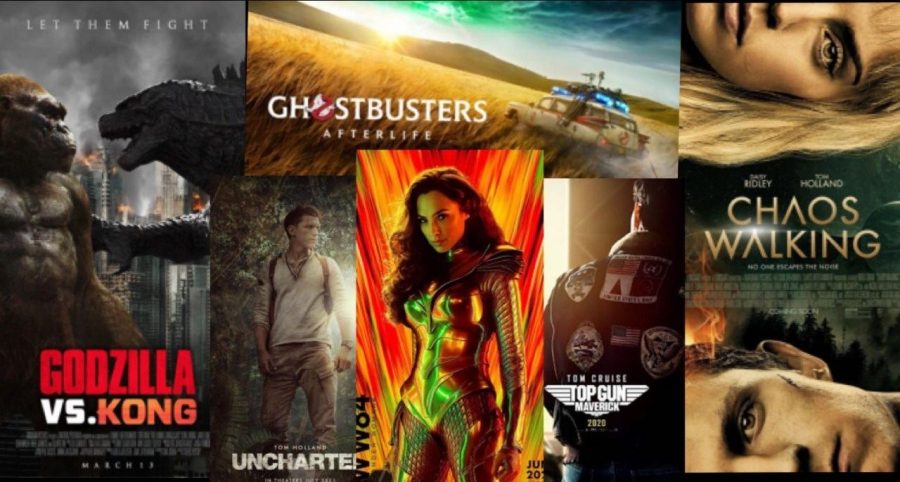 This is a film starring Timothée Chalamet and Zendaya. Describing it as a Sci-fi/Adventure film rated at PG-13, saying “Paul Atreides leads nomadic tribes in a battle to control the desert planet Arrakis.”

This movie starring Gal Gadot and Pedro Pascal along with Kristen Wiig. They are describing as a Adventure/Action film rated PG-13, saying “Wonder Woman squares off against Maxwell Lord and the Cheetah, a villainess who possesses superhuman strength and agility.

Film staring Tom Holland and Daisey Ridley, calling it a sci-fi movie rated at PG-13. Description saying, “In Prestisstown Todd come to believe the Spackle released a germ that killed all the woman and unleashed a Noise on the remaining men. After discovering patch of silence his parents tell him he needs to run, leaving only a map of New World, a message and many questions. He then discovers the silence of a girl named Viola.”

This movie starring Kit Harington and Richard Madden. Movie not yet rated but described as a Action/Fantasy movie, description saying, “The saga of the Eternals, a race of immortal beings who lived on Earth and shaped its history and civilizations.

New film starring Bill Murray and Finn Wolfhard. The movie being rated  PG-13 and said a Comedy/Fantasy movie description saying, “When a single mother and her two children move to a new town, they soon discover that they have a connection to the original Ghostbusters and their grandfather’s secret legacy.”

The second part of Quiet Place starring Emily Blunt, John Krasinski and many more. Rating being PG-13 and being a  Horror/Thriller movie. Movie description saying, “The Abott family must know how to face the terrors of the outside world as they fight for survival in silence. Forced to venture into the unknown, they realize that the creatures hunt by sound are not the only threats that lurk beyond the sand path.”

Another film to look forward to presenting Scarlett Johansson and Robert Downey Jr. The movie is rated as PG-13 and

a Action/Adventure film. Description saying “At birth the Black Widow is given to the KGB, which grooms her to become its ultimate operative. When the U.S.S.R breaks up, the gov. tries to kill her as the action moves to present-day New York, where she is freelance operative.”

The Fast and Furious continues with Vin Diesel, John Cena, and Michelle Rodriguez. Rated PG-13 and put as Action/Adventure. Description says, “Dominic Toretto and his crew join forces to battle the most skilled assassin and high-performance driver they’ve ever encountered—his forsaken brother.”

This new film starring Millie Bobby Brown, and Kyle Chandler. The movie being rated PG-13 and put a   Sci-fi/Action film. Description saying, “Fearsome monsters Godzilla and King Kong square off in an epic battle for the ages, while humanity looks to wipe out both of the creatures and take back the planet once and for all.”

A classic of some people favorite movie from their day in age except introducing Tom Cruise, Val Kilmer, and Miles Teller. Movie MPAA saying rated PG but said to be Action/Adventure film. Description presenting it saying, “Pete “Maverick” Mitchell keeps pushing the envelope after years of service as one of the Navy’s top aviators. He must soon confront the past while training a new squad of graduates for a dangerous mission that demands the ultimate sacrifice.”

Another film on our list staring Tom Holland, Mark Wahlberg, and Sophia Taylor Ali. Film not yet rated but said to be a Adventure movie. Shortly described by saying, “Uncharted is an upcoming action and adventure film.” There wasn’t to much to say about it.

The second part of a Action/Superhero film starring Tom Hardy and Woody Harrelson. Film is rated R. Shortly overview that says, “Is an upcoming American superhero film based on the Marvel Comics character.”