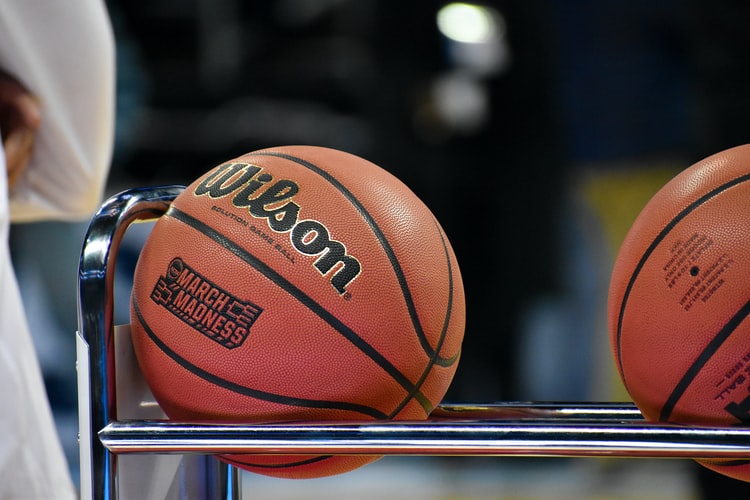 Each year, March Madness brings in many fans across the country

One of the most exciting parts of March Madness is the upsets. The one game format leaves the opportunity for an underdog team to pull off a win. From Jim Valvano’s 1983 NC State squad upsetting the favored Phi Slama Jama Houston team, to number 16 seed UMBC’s historic upset of the top overall seed in the 2018 tournament, Virginia, becoming the first 16-over-1 upset ever. The 2019 tournament featured very few upsets, with the average seed in the Sweet 16 being the lowest ever, at 3.06.

The 2021 tournament, however, didn’t disappoint. The most upsets of any tournament ever showed that the madness was back after a year away. Loyola Chicago went for their second Cinderella attempt, being knocked out in the Sweet 16 to another underdog, 12 seed Oregon State. North Texas beat Purdue in round 1 in a shocking 13-over-4 upset, joining Ohio as the second 13 seed in the round of 32 after the Bobcats victory over Virginia. Abilene Christian’s stifling defense forced 23 turnovers out of the Big 12 tournament champion Texas Longhorns, and hung on with 2 clutch free throws from Joe Pleasant to become the only 14-over-3 upset of the tournament, winning 53-52.

But the talk of the tournament was Oral Roberts University. The tiny school from Tulsa, Oklahoma shocked the world not once but twice to become the second 15 seed to make the Sweet 16, joining the 2013 Florida Gulf Coast team christened “Dunk City”. Instead of throwing down dunks, the Golden Eagles did their work from behind the 3-point line. Lead by Forward Kevin Obanor and Guard Max Abmas (pronounced Ausmas), the Golden Eagles stunned Ohio State University 75-72 in overtime. Obanor went for 30 points to go along with Abmas’ 29. As many sports fans know, OSU calls themselves “The Ohio State University” leading commentator Kevin Harlan to refer to ORU as “The Oral Roberts University” after the overtime thriller.

But they weren’t done yet. Only 2 days after the victory, they played their round of 32 game against the University of Florida. The 7 seeded Gators have long been a hoops powerhouse, producing such players as 2014 NBA Defensive Player of the year Joakim Noah, Washington Wizards star Bradley Beal, and NBA Legend Jason “White Chocolate” Williams. Whether a high seed or a low seed, the Gators always hang around in the tournament. The question on everyone’s mind was “Can Oral Roberts do it again?” Their high powered, Golden State Warriors type offense of tossing 3’s all day would be interesting to watch against a strong UF defense. But win they did! 28 for Obanor and 26 for Abmas lead ORU to a 81-78 win over the Gators in their second OT game of the tournament, sending them to the Sweet 16.

Their Sweet 16 matchup featured another team from the same conference as Florida, the SEC (The Southeastern Conference.) The “Survive and Advance” Arkansas Razorbacks, a 3 seed who had made major comebacks in their opening round win over 14 seeded Colgate (85-68, but the Razorbacks trailed large early) and their second round win over 6 seeded Texas Tech (68-66 after a missed Texas Tech layup at the end of the game.) Oral Roberts looked to make history and become the first 15 seed in the Elite 8, and boy did they come close. They played tight with Arkansas all day, and with only a few seconds left the score was 70-70. Arkansas had possession of the ball, and they made the most of it. A free throw line jumpshot put the Razorbacks up 2 with only 3.1 seconds left. There was one more shot for the Golden Eagles. Max Abmas put up a falling away 3 to win, yet it bounced off the rim at the last moment. Arkansas survived, and ended the Cinderella story that was the Oral Roberts Golden Eagles.

Though they lost, the heart and excitement of this team has made them a true fan favorite for people all across the country.