90 Minutes in England: The Final Day of the Premier League Season 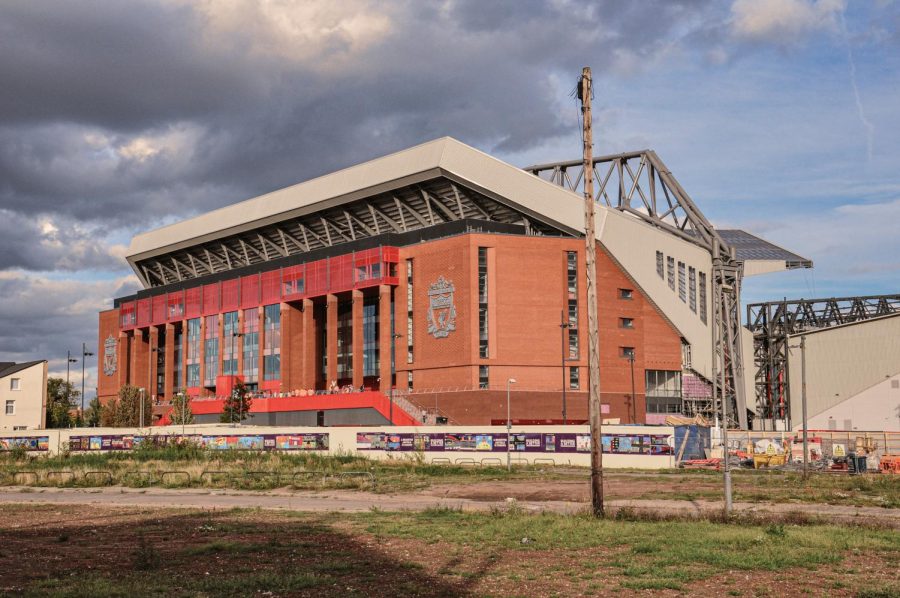 One of the most popular sports leagues on earth is the English Premier League, a football (or soccer) league located in England. Though it obviously isn’t as popular here in the US as it is in England, there is a huge fanbase all across the country. The Premier League has a few different rules to American sports though. Instead of a traditional, knockout style playoff, the Prem uses a season long standing where points are awarded per game, 3 for a win, 1 for a tie, and 0 for a loss. Whoever has the most points at the end of the season wins the championship, and the top 4 teams in the standings make the Champions League, a prestigious European league with some of the best teams like Barcelona and Manchester United. 5th place in the standings goes to the Europa League, another great, but slightly less prestigious league. Knowing all this will help to understand the situation better. The other special rule is that all 20 teams play on the final day, and every game kicks off at the same time.

Now for some background. Heading into the final day, Manchester City had already locked up the championship, and Manchester United had secured second place. Three teams were within 2 points of each other. Chelsea FC in 3rd place with 67 points, Liverpool in 4th place with 66 points and a goal differential advantage, and 5th place Leicester City, also with 66 points. Liverpool was taking on a mid-table team called Crystal Palace, Chelsea was taking on a team called Aston Villa, and Leicester was taking on another top team, Tottenham Hotspur.

Every game kicked off at 8 AM Pacific time. All times are pacific.

8:18 AM- Leicester star Jamie Vardy scores a Penalty Kick to put Leicester ahead of Tottenham 1-0. If the games ended now, Liverpool would be in 5th place.

8:36 AM- Liverpool’s Sadio Mané scores a goal to put Liverpool ahead of Crystal Palace 1-0. Chelsea are the ones left out now, as they’d be on 68 points.

8:41 AM- Tottenham ties Leicester at 1 after a goal from veteran striker Harry Kane, playing in what might be his final match in a Spurs shirt. Leicester is now in 5th place.

8:43 AM- Bertrand Traoré nets the opening goal at Villa Park just minutes before half-time. Aston Villa 1, Chelsea 0. Chelsea is now out of the top 4.

8:45-8:50 AM- The matches head to half-time, with Liverpool and Aston Villa ahead 1-0, and Leicester City tied at 1-1. The standings now show Liverpool in 3rd place with 69 points, Leicester City in 4th with 67 points and a goal differential advantage, and Chelsea in 5th also with 67 points. There are 45 minutes for these 3 teams to fight it out.

9:05 AM- Half-time ends and the second half kicks off.

9:12 AM- Jamie Vardy connects on his second penalty of the match, giving Leicester City a 2-1 advantage over Spurs. Chelsea remains out.

9:30 AM- Ben Chilwell gets one back for Chelsea and makes it a 2-1 game. The Blues still need 1 more goal, or a Leicester City meltdown to stay alive.

9:34 AM- Sadio Mané does it again, and further solidifies Liverpool’s Champions League hopes. 2-0 to Liverpool.

9:36 AM- A shocker at the King Power Stadium, as Kasper Schmeichel gets credit for the goal after a Leicester own goal. Chelsea is still out, but their hopes are now alive and kicking.

9:47 AM- Gareth Bale puts Spurs 3-2 ahead. Leicester fans sit in shock with only minutes left in their match, as their Champions League hopes are seeming dashed by the Welshman. Leicester is now out, and conundrum erupts at Villa Park as Chelsea move into 4th place.

9:49 AM- Chelsea’s César Azpilicueta is sent off with a red card, reducing Chelsea down to 10 men.

9:52 AM- The final whistle blows at Anfield, as Liverpool does exactly what they needed to do and beat Crystal Palace 2-0. They are safe and will once again be playing Champions League football.

9:54 AM- Chelsea’s match goes final, as they fall to Aston Villa 2-1. All they care about is the result at the King Power stadium, as Leicester still trail 3-2.

9:56 AM- Gareth Bale tacks on another in the 6th minute of stoppage time, slamming the door on Leicester’s Champions League hopes. Spurs lead 4-2.

9:57 AM- The whistle makes it official. Chelsea survives a wild final day, and Leicester just misses Champions League football. Though they will head to the Europa League, the massive European football dreams of the 2015 Premier League champion Foxes will not come to fruition this season.

And with that, another season of Premier League football concludes. The season begins again in August, as Manchester City will look to defend their title against the likes of Manchester United, Chelsea, and a fully healed Liverpool team.