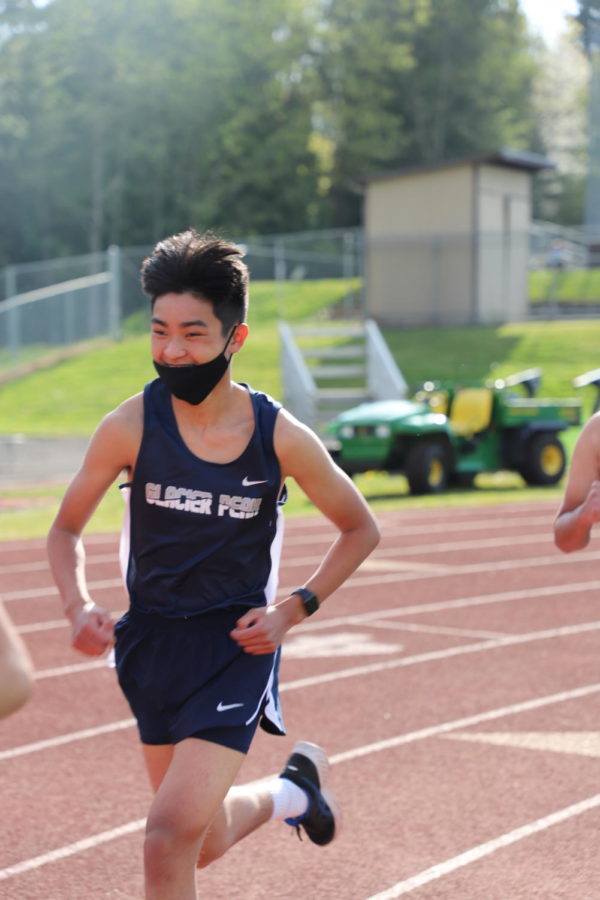 Remote learning has made this year rough, and unideal school means unideal sports.  However, some kids learn to rise to the challenge.  They strive with their passion.  Winners of Girl’s First Team of the 4X400 Meter Dash are Aaliyah Collins, Greta Henrie, Adie Stratton and Maddie Stumpf.  Winners of the 4×100 Meter Dash are Aaliyah Collins, Greta Henrie, Jana Willems and Gabby Henrie.  Winners of the 100, 200- and 400-Meter Dashes are Aaliyah Collins and Greta Henrie.  Winner of the 800- and 1600-Meter Dashes is Adie Stratton.  Winners of Disc are Naomi Fifita and Cecily Jones.  Winner of Shot is Naomi Fifita.  Winners of Javelin are Alana Bianchi and Izzy Boettcher.  Winner of Girl’s Second Team of the 3200-Meter Dash is Adie Stratton.  Winners of Shot are Cecily Jones and Lesieli Fifita.  Winner of High and Triple J is Addison Galbraith.  Winner of Boy’s First Team of Shot and Disc is Nate Simicich.  Winner of Long and Triple J is Lucas Martinez.  Winner of 110 Hurdles is Matt Torgeson.  Winner of Boy’s Second Team of the 200-Meter-Dash is Evan Blume.  Winner of the 400-Meter-Dash is Jenson Willems.  Winner of the 300-Meter-Hurdle is Matt Torgeson.  Winner of Javelin is Angus vanValey.  Winner of Long J is Alex Kim.  Girl’s Honorable Mentions of the 4×200-Meter-Dash are Maddie Stumpf, Mariela Rodriguez, Elsha Berg and Lilja Bjornsson.  The 200-Meter-Dash is Jana Willems.  The 400-Meter-Dash is Maddie Stumpf.  Shot is Neomi MacMillan.  Boy’s Honorable Mention of Javelin are Spencer Dhondt and Hunter Morrison.  The 200-Meter-Dash is Jenson Willems.  Triple J is Alex Kim.  Everyone has done their best on track this year, and the coach is very proud of them.  “A season unlike any other.  This is a fun, competitive group to coach.  Disappointing to not have any post-season or championship opportunities for these athletes, as I know we would have competed very well at the regional and State level.  I could not be more proud of this team: the way they work, who they are and how they represent GP.  Special shoutout to our Seniors – good group of athletes and even better people, who endured quite a bit over the past two seasons.  Overall – Great (short) season GP!” -Coach Nelson