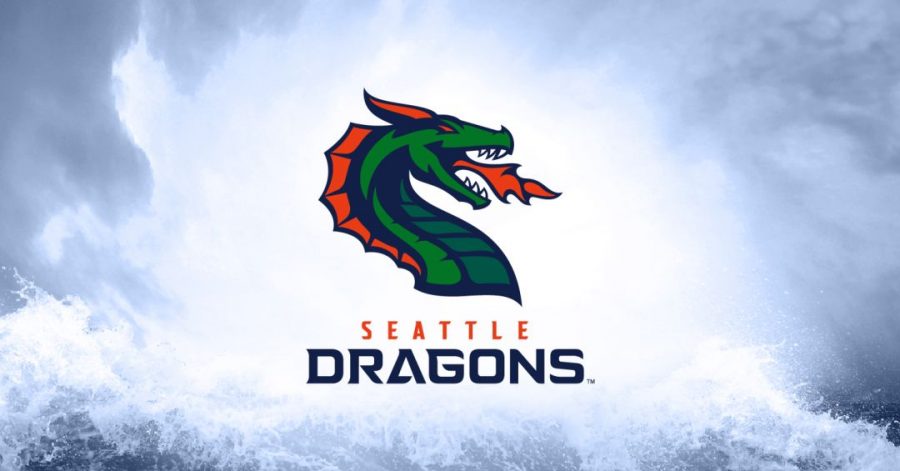 The new Seattle Dragons logo. The team is a part of the new XFL football league.

Week Three in the XFL regular season has come to an end, and boy has this year been exciting so far! The XFL is a newly created professional football league in America that is in it’s first year of existence. Despite a few different rule changes, the XFL is basically the NFL but for players who either didn’t make it on an NFL roster out of college or were cut from an NFL team.

The league contains eight teams, including a team for Washington sports fans, the Seattle Dragons. The Seattle Dragons are led by quarterback Brandon Silvers, a quarterback out of Troy University who was cut by the New Orleans Saints. Other key members of the team include former Pittsburgh Steeler linebacker Steven Johnson, running back Kenneth Farrow, and star wideout Keenan Reynolds from the Baltimore Ravens.

The Dragons are 1-2 after Week Three, losing 12-24 in a tough game against the Dallas. While it has been a tough year so far as the Dragons are still searching for an identity on both sides of the ball, the Seattle Dragons as well as all the other teams in the league provide entertainment for football in a so called “dead period” for the sport. Even though the talent and the level of play may not be as high as the NFL or college football, the XFL creates a competitive atmosphere as well as an entertaining showing for fans of the game. Derreck Fleischmann, a junior here at Glacier Peak, said this about the game when he went to the home game on Week 2. “The game was pretty exciting, and the environment was real high energy and it was just a really fun experience.”

The Dragons next game will be against the Houston Roughnecks on the 7th of March at RoughnecksTDECU Stadium.